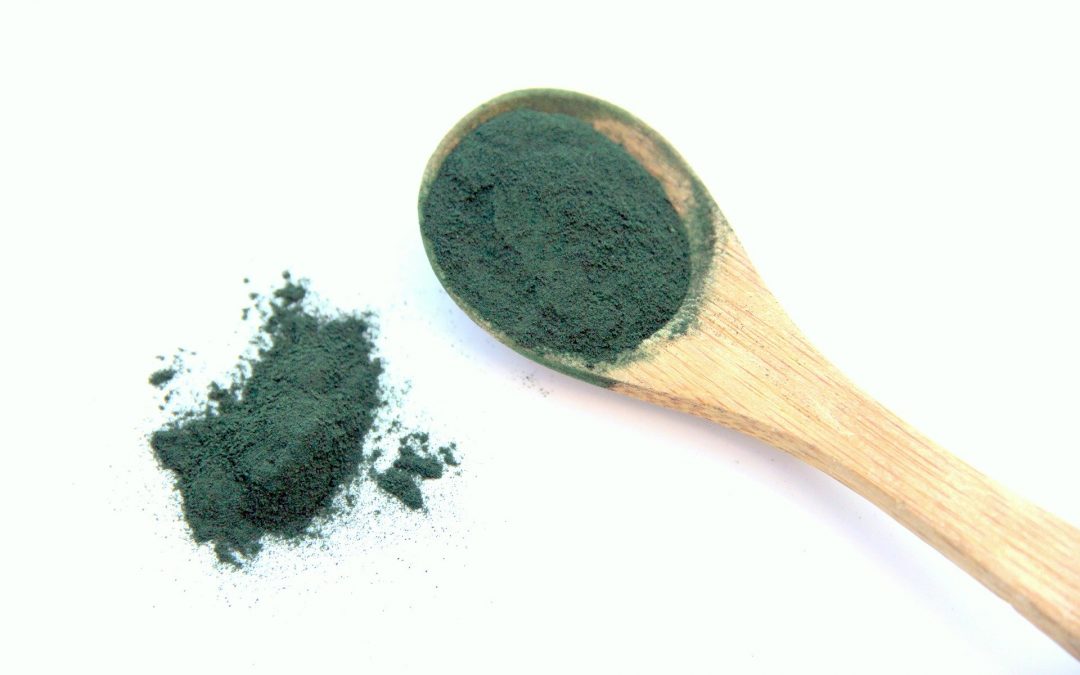 Spirulina, the virtues of a superfood

Spirulina is 3 billion years old and is one of the very first forms of life on our planet.
Its name, Spirulina, comes from its spiral shape that can be observed under a microscope. Through photosynthesis, it produces oxygen and releases carbon dioxide, playing a fundamental role in the appearance of life on Earth. Known by the Western world since the 70s, it has been consumed in a traditional way by various human societies since days long past.
We know that the Aztecs consumed spirulina. The Spanish conquistadors reported from their trips to Mexico that they “collect a kind of blue-green mud which stagnates on the waters of the lakes of Mexico. Then they dry it to make a sort of pancakes which they consume. Spirulina made in this way was called “tecuitlatl”.
In Africa, in the Kanem region, in the northeast part of Chad, Kanembou women harvest a kind of emerald green substance from the surface of certain lakes: spirulina. Historically, the people of Lake Chad have consumed this spirulina after it has been dried and preserved in the form of a pancake (dihé). Spirulina goes perfectly with millet ball, the food staple in this region.
Finally, the West “discovered” spirulina quite late, in the 40s and 50s, by chance through a few ad hoc communications from traveling botanists or anthropologists, such as Professor Creac’h or filmmaker and writer Max Brandilly. In the 1970s, the first major promoter of spirulina, Dr. Ripley D. Fox, encouraged the establishment of specialized production sites throughout the world (China, India, Peru, etc.), with the honourable objective of providing an answer to the problems of malnutrition, especially among children in underdeveloped countries.

The virtues of a superfood

Spirulina is a precious food for certain African populations who understood the interest of this cyanobacterium a long time ago. Its main quality is its ability to provide the body with almost all the nutrients necessary for proper functioning of the human organism. This is not a luxury in our contemporary Western societies, where a diet that’s too fatty and unbalanced can sometimes deprive us of these essential elements for our health.
From a nutritional point of view, spirulina has an exceptional composition. This microalga is rich in proteins, b-carotene, assimilable iron, g-linoleic acid and vitamin B12. Above all, it’s the only food to contain phycocyanin, the active ingredient of Spirulysat® produced by AlgoSource.
Spirulina contains 70% assimilable vegetable proteins, essential fatty acids, carbohydrates and many vitamins and minerals.
From a nutritional point of view, it has an exceptional composition. Spirulina contains proteins, vitamins, notably B12, beta-carotene, g-linoleic acid, a good quantity of assimilable iron and, above all, it’s the only food that contains phycocyanin.
The absence of cellulose walls in Spirulina gives it excellent digestibility, close to 90%. 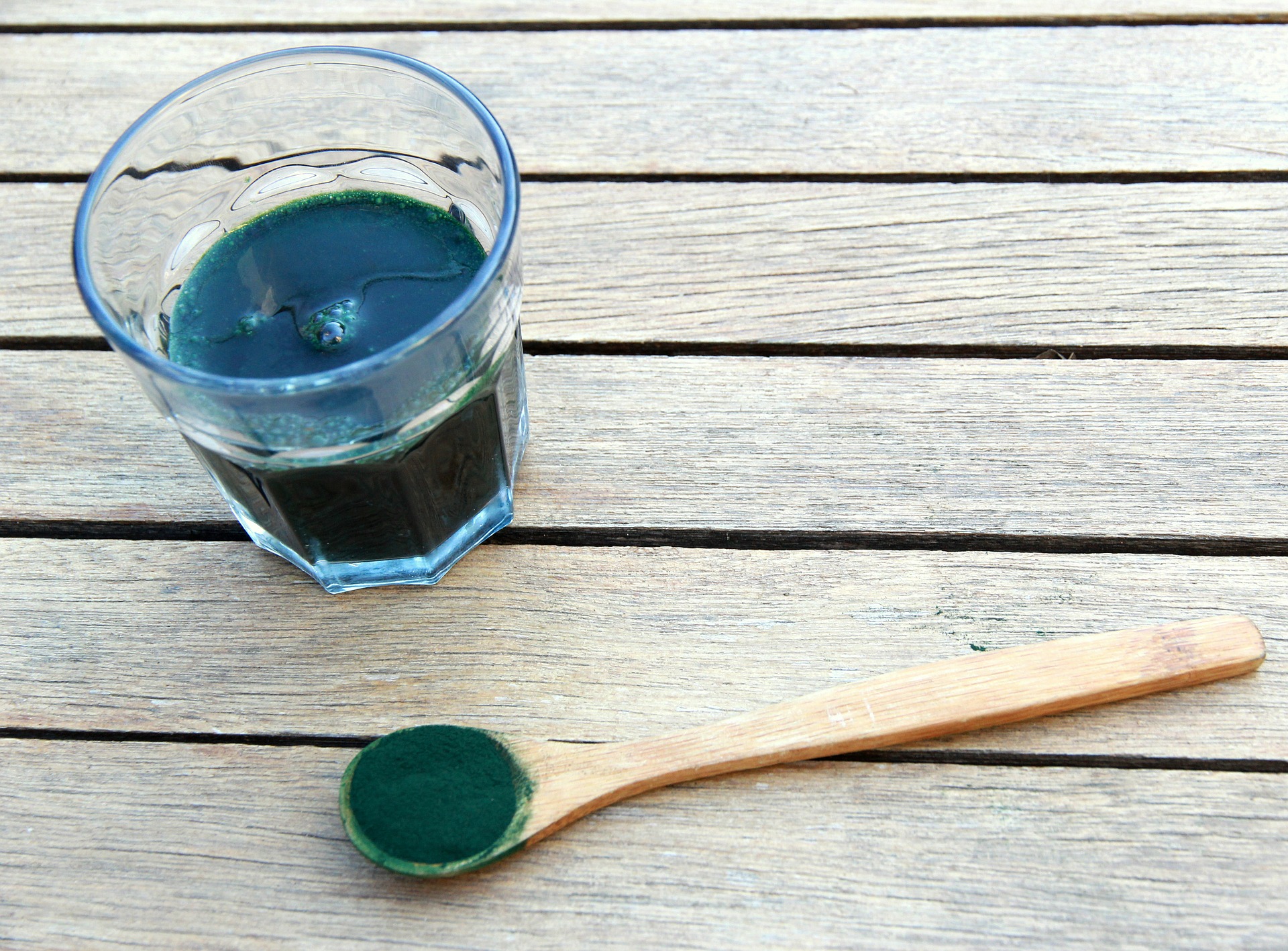 A rich and balanced food

In addition to its exceptional nutritional properties, spirulina has been the subject of much research in the medical field since the 1980s. As such, the most consumed species, Arthrospira platensis, has been widely observed and studied. Clinical studies done on spirulina and some of its components tend to validate its beneficial properties for our current lifestyles. Scientific research is still in progress in order to better understand the mechanisms and molecules involved, which will definitively validate the high value of spirulina.

Growing Spirulina in the West

The advantage in cultivating spirulina is that it has the capacity to multiply in order to increase its mass with three elements: water, light and carbon dioxide. A few mineral salts are then added to these elements.
At the beginning, it’s grown in beakers, a sort of flask which allows you to keep the strains that you have selected. Then we transfer these small cultures to larger and larger pots before transferring them into culture basins, called raceways because their shape resembles that of race tracks! Widely used in aquaculture, they permit a continuous flow of water which is continuously agitated by a paddle wheel.
The microalgae are placed in floatation in a relatively long and flat basin in order to benefit from maximum exposure to sunlight. The water in the basins is not deep so that the microalgae can spread over the entire available surface. In our regions with a temperate climate, the basins are placed in greenhouses to maintain the correct level of heat necessary for the development of spirulina.
A second, more technological system allows much more controlled spirulina culture. It involves culture in a photobioreactor, which allows the temperature, pH and concentration of mineral salts to be constantly monitored in order to optimize the growth of the microalga. This method also greatly limits possible external contamination and, thus, promotes the high quality of the spirulina produced.
One of the challenges of growing microalgae lies in managing it so as to ensure its quality. Without permanent and careful monitoring, microalgae would, in fact, be able to assimilate elements that are harmful to humans, such as heavy metals, for example. This perfect mastery of algaculture is, therefore, one of the primary criteria which must guide the choice of a microalgae supplier.